About – Life behind the lens- the evolution of Acuity9

I still have the first photograph I ever took. It is of my father at a flea market in Cincinnati, Ohio nearly fifty years ago. For some unknown reason that day at age nine in 1971, I understood the importance of recording time in a bottle. I begged my father to buy me the used Kodak 126 “Instamatic” on some man’s table of his hopefully sold items. “I’ll even throw in a roll of color film” he said. I’m sure I looked up at my father with hopeful eyes, and as a result, it was mine.

And there in lies the power of a photograph. My father passed over thirty years ago, but each time I see this image I’m transported to that happy time on a summer day of my youth.

(My father in 1971, the first photograph, from the first camera I ever had.) 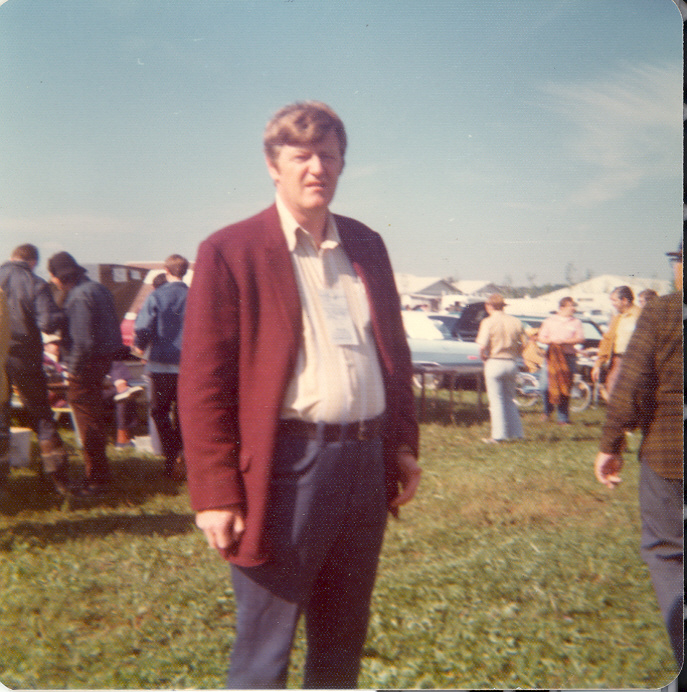 When I was sixteen, my older sister married my brother-in-law, Greg Gillman. He was a photography student at The Ohio State University where my sister met him. I remember the Minolta 35 mm he gave my sister as a gift, and we both studied it in her bedroom. Soon thereafter, he gave me my own Pentax Spotmatic, and I was amazed. I would lie in bed looking at that sleek thing, wondering what far-off locations I would see through it, and I took it backpacking and rock climbing for years after.

Greg gave me a used Vivitar 16×20 black and white enlarger, and I bought a bulk film loader and a zillion 35mm cassettes, and went through spool upon spool of Ilford black and white film. Anyone who knew me in high school always saw me with the Spotmatic.  A fully manual camera, I put thousands upon thousands of photos through it, creating stacks of prints, and was experienced enough that I didn’t need the light meter in it anymore, once it stopped working.

During this time Greg turned professional there in Columbus, Ohio, where he has remained decades later, and to this day, as an accomplished, highly sought after and regarded photographer (http://www.gillmanphoto.com, www.facebook.com/gillmanphoto) Throughout those early years, I was lucky enough to work for him, learn color enlarging and printing in the dark room, and also equip myself more and more.

After high school in 1981, I moved from Central Ohio to Miami. Florida, to pursue flight school, and I would always take a newer, trusty Nikon up each time I flew over over the Everglades, Miami Beach and the Florida Keys. Turquoise waters  several thousand feet below made for magical photos. I’d show them to all who wished to see, and I was eventually asked by an acquaintance of a friend- a land developer, to start taking pictures of his projects. I found myself frequently flying over Miami taking land development pictures.  I also once had a client request aerial photos of the Miami Grand Prix- something I had to gain FAA approval for as the cars raced through the streets of downtown. I remember the tops of buildings whizzing by as the Nikon’s motor drive whirred away, and thinking there was no one else doing that on that particular day!  Still equipped with a darkroom, I offered portraiture sessions on the weekends in one of America’s most beautiful cities.

Eventually I found my way back to Columbus, Ohio and began taking oblique photos from the cockpit as the pilot of Cessna’s for many land developers, the occasional attorney, and even the Jack Nicklaus Golf Calendar company over the Muirfield Tournament for several years.  Now using a medium format Mamiya 645 with a winder and a Nikon F4s as a backup, I offered unparalleled quality in my images.  I also occasionally worked for Greg at many weddings behind the video camera viewfinder, and again in the dark room during holiday printing rushes. At the same time, I worked in commercial one-hour print processing, often spending more time arms-deep in color chemistry tanks repairing the Fuji machines than operating them. I enjoyed the privilege’s of access to the latest professional equipment and techniques, and used those often for portraits and numerous events, including as an video camera operator contracted for the New York City Marathon.

With the advent of the camera-impregnated smartphone, with their ever-growing megapixel sensors, almost an entire generation of human beings have  never known what it is like to own something of quality and precision to take images rich in tones and color. Smartphone cameras are phenomenal, yet don’t hold a candle to what can be rendered by professional photographic equipment and techniques.

Acuity9 is extremely experienced and professionally equipped in the studio and the field, with a great deal of the the finest cameras, lenses, lighting and audio equipment and post-production tools available for your images and video, and have walked and flown the miles it takes in presenting those images for you and your business.

I’m not done yet.

Acuity9- See what you’ve been missing…